When the Kansas City, Mo., engineering, procurement and construction firm IPS needed help navigating construction protocols in Texas, they reached out to The Brandt Companies. 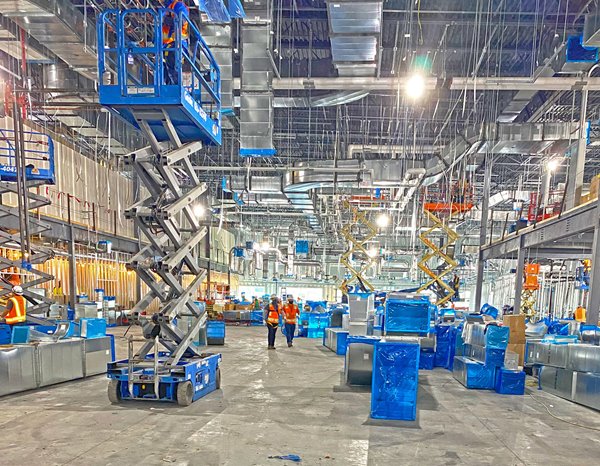 The Brandt Companies is currently working on an $18 million project to fabricate and install all of the ductwork, process piping, HVAC, plumbing and electrical systems at a medical manufacturing facility in Houston.

IPS had been awarded a contract to design and construct a 90,000-square-foot, two-story pharmaceutical manufacturing facility in Houston. But as an out-of-state contractor, IPS felt they needed to partner with a firm more familiar with the ins and outs of working in the region.

That’s where Brandt comes in. The SMACNA member is a Carrollton, Texas-based full-service mechanical, electrical and plumbing (MEP) contractor with deep experience in health care, light industrial, food and beverage, and data center projects. The company has more than 2,200 employees, six in-state locations, and over 65 years in the industry. Its sheet metal shop fabricates around 5 million pounds of ductwork per year. 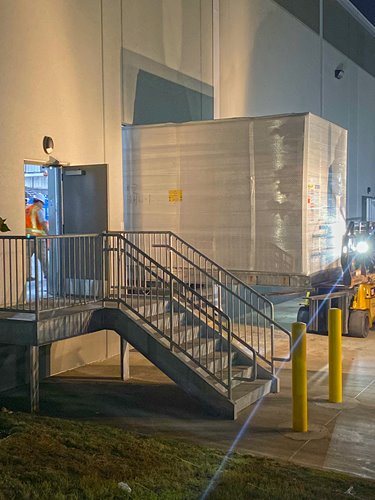 The pharmaceutical plant project requires five air-handling units to supply the facility with 150,000 cfm of air.

It was just the kind of expertise that IPS was looking for, said Curtis Harbour, an executive vice president and general manager with Brandt, who works out of its Houston office.

“Not being from Texas or the Houston area, IPS didn’t really have local relationships,” Harbour said. “They felt like they needed to pick one company to work with, and work with closely. And so they leaned on us to assist in pulling in a general contractor for the architectural pieces, an elevator supplier, a cleanroom builder, and then ourselves. We worked with them in a really open-book fashion — very transparent in our cost estimating, and really just negotiated the project.”

The scope of the project, which is currently underway, includes fabricating 257,000 pounds of rectangular and spiral ductwork — mostly 18 gauge, but some 20-, 22- and 24-gauge duct as well. The duct will connect to five air-handling units, designed to provide the plant with 150,000 cfm of airflow.

“We have a tremendous amount of BIM (building information modeling) capabilities, so we were able to jump right in and get the building coordinated, in fabrication and get construction started,” Harbour said.

Like any project in the last nine months, the coronavirus pandemic has had an impact on the pharmaceutical building’s construction. Masks and other precautions are a regular topic at daily safety meetings, said Hayden Wisdom, an assistant project manager at Brandt.

“We have to be socially distanced while we are inside working in the facility,” he said. “It’s definitely a little tougher on install. We’re really trying to avoid close contact between our workers, because with the peak manpower out there, if we have an outbreak, it’s going to seriously impact our schedule.”

“WE’RE REALLY TRYING TO AVOID CLOSE CONTACT BETWEEN OUR WORKERS, BECAUSE WITH THE PEAK MANPOWER OUT THERE, IF WE HAVE AN OUTBREAK, IT’S DEFINITELY GOING TO SERIOUSLY IMPACT OUR SCHEDULE.”

COVID-19 has also affected the delivery of HVAC equipment for the project, according to Larry Cochran, a senior plumbing and mechanical project manager with Brandt. “That’s where we’re running into most of the problems,” Cochran said. “Every vendor or supplier likes to say that due to COVID, the manufacturers have shut down or lessened the amount of people (available to work). We see that on almost every large equipment purchase.”

Despite such roadblocks, the project is progressing. About 50% to 60% of the ductwork required has been made and put in place, Cochran said.

“And about 20% is being fabbed as we speak,” he added. “And then we’ve still got a little more that’s going to need to be fabricated and finished up.”

With so many trades and intricate systems involved, coordination is especially important, the officials said.

The cleanroom has a walkable ceiling and a roof deck at 30 feet, which meant that duct had to be stacked in multiple layers to preserve employee access. 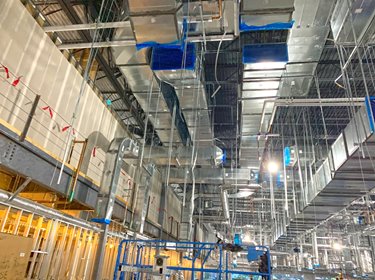 The Brandt Companies is currently working on an $18 million project to fabricate and install all of the ductwork, process piping, HVAC, plumbing and electrical systems at a medical manufacturing facility in Houston.

It meant determining what was the best way to install the duct along with the piping and everything else that the space required. It wasn’t easy, especially at that elevation.

The project is scheduled for completion in spring 2021, and Harbour said they expect to meet that deadline.

Brandt officials have learned a lot from the project, according to Harbour, who said preplanning and communicating to the client were of utmost importance.

“If you have a lot of stuff going on in a small building in a short period of time, you really have to have a significant amount of effort in pre-planning and coordination,” he said. “Make every effort to get the client to understand that the earlier you begin your preplanning, the better the outcome.”